CPA gathers together some of the most knowledgeable experts in the industry to provide the membership with the most expertise available. Below is a little bit about each of our contributors. 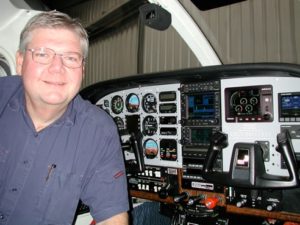 Garth Bartlett was born in Papua New Guinea of Australian parentage, and it was in this remote mountainous region of the world with few roads, that Garth got his love for aviation.  He attained his pilot licence at the age of 16, but soon realised that what he really loved was the mechanical side of how the aircraft worked.  He did his aircraft maintenance apprenticeship in Lae, PNG, and was an Australian CASA Licensed Aircraft Maintenance Engineer (LAME) by the age of 21.  It was during his early years in PNG that Garth got a deep respect for Cessnas, especially the 206 and 185 models that his company operated. These aircraft operated a 100 hours a month and were pounded by the operating conditions but unservicabilities were very few.

With rotary and fixed wing qualifications, Garth went on to work on helicopters in remote oil drilling locations of Indonesia, and also for the Royal Nepal Airlines Helicopter Wing in Katmandu.  On return ‘home to Australia’ (a country in which he’d never lived), Garth had a range of roles including Chief Engineer of a commuter airline, and Chief Engineer and Engineering Manager for FBO operations operating a fleet of business jets some of which were used in overnight freight operations. There were a range of aircraft including Cessna twins and Citations.

Throughout his management career, Garth has always loved his single-engine Cessnas. As a hobby, he refurbished several aircraft including a Cessna 175, 182 and a P210. Waiting in line for refurbishment is a 172, a 207 and an O&N Silver Eagle.  This hobby led into a business of refurbishing and upgrading Cessnas, focusing on avionics, engine and airframe modifications.  Garth is a multi-engine command instrument-rated pilot, and enjoys flying his pressurised P210N and attending fly-ins with the Cessna 200-series Association of Australia, and the Cessna 182 Association of Australia.

Garth lives in Sydney with his wife Ceri also an instrument rated pilot. Garth owns and operates an aircraft maintenance and overhaul repair station specalising in the maintenance of Cessna aircraft. 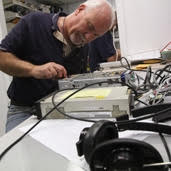 Don Boccaccio earned his degree in Electronic Engineering at the University of Hartford in 1976. Two years later, at the age of 24, he earned his private pilot’s license as well  his First Class FCC license. Don has been flying since 1976, starting out in a Cessna 150 that he bought after receiving his private.  He’s owned several Skyhawks since then.  He has a passion for flying and enjoys flying for pleasure and also volunteers for charities such as Angel Flights and Pilots and Paws.  Don also volunteers as a crew member and tour leader for Fifi, one of two flying B29s. On the ground, he volunteers as a docent for New England Air Museam in Windsor, CT.

Since 1971 he has been involved in the electronics service industry.  Don owned several electronics companies before selling them and retiring.  Currently, he works as needed at VIP Avionics in Hartford CT. He migrates south for the winter in his 172N with the 180 HP conversion and works, as needed, at Palm Beach Avionics in Florida for the winter. For both companies, he performs bench repairs as well as in-flight auto pilot and avionics assessments. Given his education and years of experience in the field, Don is a highly sought-after consultant in the area of aviation and avionics. 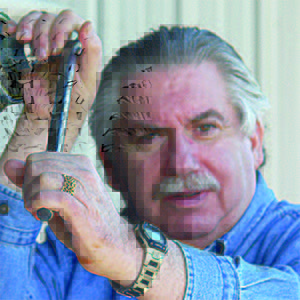 Mike Busch is a renowned aviation writer, teacher, aviation type club tech rep, aircraft owner advocate, and entrepreneur. For nearly three decades, Mike has been assisting aircraft owners with their maintenance problems through his work with EAA, AOPA, the Cessna Pilots Association, the American Bonanza Society, and the Cirrus Owners & Pilots Association. He co-founded AVweb in 1995 and served as its editor-in-chief for more than 7 years. Mike was honored by the FAA as “National Aviation Maintenance Technician of the Year” in 2008. He literally wrote the book on how GA maintenance should be done. 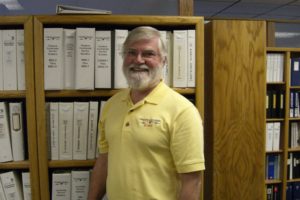 Tom joined the CPA Tech Staff in July, 1997 and semi-retired from CPA June 30, 2010. He was an A&P mechanic at the Oakland Pontiac Airport in Pontiac Michigan, for 22 years. Since receiving his P license in 1973 and his A license in 1974, he has been engaged in the maintenance, modification, and repair of general aviation aircraft.  He received an IA endorsement on 1977, and a private pilot’s certificate in 1981. He has a vast amount of experience and knowledge of all Cessna aircraft. Tom will continue to be involved with CPA as a Consultant and instructor. Tom also owns and maintains a Cessna 150. 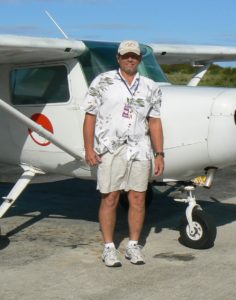 As a writer, Jim has flown over 200 different aircraft models through 45 years of flying. He has always kept flying simple, sane and inexpensive, while having had marvelous and myriad opportunities to fly great planes with great people.

He has also rebuilt over a dozen airplanes and built most of three Experimentals, developing mechanic and how-to skills to relate to readers. A mechanic by nature and inclination, Jim has not pursued any licenses due to time and no real interest in chasing ratings.

Jim has written three aviation books, thousands of articles and is truly devoted to recreational and personal flying and hands-on maintenance. 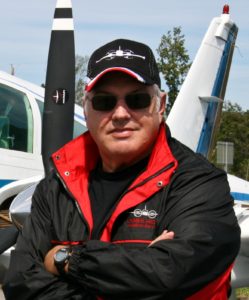 Guy R. Maher is a dual-rated ATP/Commercial pilot and CFI for airplanes, helicopters, and instruments with over 17,000 hours – all civilian general aviation. In 1973 while in college, he began instructing and flying charters for a NJ Cessna Pilot Center (CPC), and regularly ferrying new Cessna’s from the factory back to the Cessna East Coast Zone office in NJ.

It was that zone office that soon hired him full time as a Cessna Pilot Center Specialist. His responsibilities included overseeing 90 CPC’s throughout the northeast U.S., monitoring contract compliance, liaison to the FAA, flight standards and training for CPC chief pilots and instructors, sales demonstrations, and customer check-out flights in the full line of single and multi-engine airplanes.

He operates the aviation services company he founded 40 years ago – Lanier Media – specializing in aircraft sales and acquisitions, appraisals, type-specific training, multi-media productions, and litigation support. He is an award-winning photojournalist and an experienced lecturer/platform Instructor covering subjects such as aircraft performance, safety, operations, ownership, and human factors. Maher’s personal aircraft is a 1973 Cessna 310Q. He can be contacted at [email protected]. 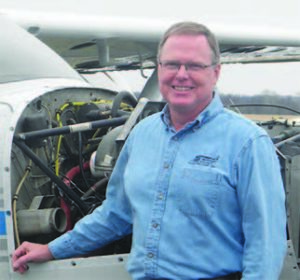 Paul New began working on airplanes as a child helping his dad with their latest hobby airplane restoration project. Paul soloed the day after his sixteenth birthday, completed his private pilot’s certificate when he was seventeen, added the multi-engine rating that same year, and later the instrument rating.

Paul completed the avionics curriculum at Southern Illinois University (SIU), earning his degree in Applied Science – Avionics Technology in 1981. While attending SIU, Paul started and managed the avionics department for a commuter airline. In 1983 he started and managed an avionics shop for an FBO in Kentucky. In late 1986 Paul moved to Jackson, Tennessee, and began working again with his father in the airplane restoration business. He purchased Tennessee Aircraft Services, Inc. from his father in 1989 and transitioned the business to specialize in structural repairs and include routine maintenance.

The company is also a Cessna Authorized Single Engine Service Station and began working on the Columbia series as soon as it was added to the Cessna product line. Soon after that, approval for Cessna composite structural repairs was also added to Tennessee Aircraft Services’ capabilities.

Paul holds an FAA Airframe & Powerplant Certificate with FAA Inspection Authorization. He was an FAA Designated Airworthiness Representative for a few years as well. In 2007 he was selected as the FAA National Aviation Maintenance Technician of the Year. He was an original account manager for Savvy Aviation Maintenance Management and still manages a number of clients. Paul also provides technical support for the members of the Cessna Pilots Association and writes monthly articles for the magazine.